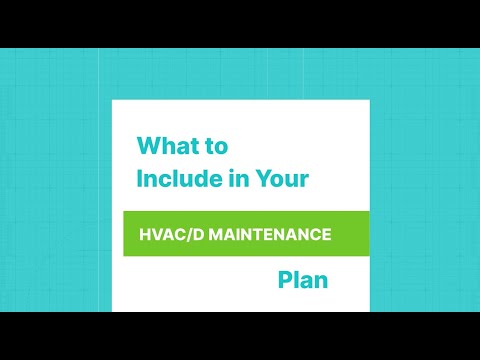 In the face of recent worldwide economic strain, now is the time for organizations to take a look at how they’re operating and where they can improve. When it comes to saving money, preventative maintenance (or PM) should be on your list as a way to eliminate unnecessary operating expenditures.

WHAT DOES PREVENTATIVE MAINTENANCE HAVE TO DO WITH NASA?

As many will remember, in January of 1986, the Space Shuttle Challenger suffered a catastrophic failure 73 seconds after launch. Millions watched in silence unable to comprehend what had just occurred. This flight had been delayed several times due to unusually cold temperatures in Cape Canaveral and was nearly delayed again the morning of January 28. Instead, the flight launched as planned, resulting in the catastrophe that killed all 7 crew members.

The disaster was attributed to the failure of the O-ring gasket on one of the solid rocket boosters. For those who aren’t aerospace engineers, this simply could have been prevented. The evidence was there, but they had not seen a similar failure on previous flights.

Several NASA engineers noted that the O-ring failure could occur, but with a low probability of catastrophic disaster figured to be 1 in 100,000, which was deemed to be an acceptable risk of flight. In actuality, the chance of failure was more likely 1 in 8, as testing on the O-ring had not occurred with temperatures below 55° F. The temperature that morning was 31° F. Although there were warning signs, NASA management convinced themselves that the risk was acceptable due to previous successful flights. Why?

As part of a team investigating the incident, sociologist Diane Vaughn coined the phrase “normalization of deviance” to describe:

“The gradual process through which unacceptable practice or standards become acceptable. As the deviant behavior is repeated without catastrophic results, it becomes the social norm.”

Flash forward 17 years: On February 1, 2003, the Space Shuttle Columbia comes apart due to damage in the heat shield caused by an impact of foam debris during takeoff. Although NASA specifications stated that “no debris will emanate from the critical zone of the external tank on the launch pad or during ascent,” damage to the heat shield from shedding debris had become commonplace and accepted. Once again, NASA had fallen victim to the normalization of deviance that resulted in the deaths of all seven crew members.

In no way would I suggest that skipping preventive maintenance on your HVAC (air handlers, chillers, dehumidifiers, etc.) could lead to a catastrophe similar in scope to the space shuttles Challenger and Columbia, but the principal is similar.

Complacency around routine maintenance procedures, inspections and best practices threaten to become the norm, and will likely lead to unscheduled breakdowns, unnecessary costs and poor quality.

MAKING AN INVESTMENT IN PM CAN PAY OFF

What differentiates preventative maintenance from reactive maintenance? Reactive maintenance refers to repairs done when equipment has already broken down, in order to restore normal operating performance. Operators who don’t come from a reliability background tend to lean on reactive maintenance because it requires less planning and lower initial costs. But the long-term effects of this type of strategy can come in many forms such as high energy costs, unscheduled downtime, shorter asset life expectancy and even safety issues.

Preventive maintenance, on the other hand, is planned ahead and performed before equipment issues arise (e.g. lubrication, servicing, filter changes, fastening and inspections). Although this requires strategy and organization, the return on investment (ROI) can be substantial.

The ROI for PM has been difficult to measure, with vague statements from journeymen like, “repair costs will fall” and “our equipment will last longer.” Owners and executives want more proof that this investment will save money in the long term to quantify the value.

Read More: Grow Room HVACD Maintenance Plans: Getting the Most Out of Your Investment

In 2000, Jones Lang Lasalle set out to put numbers to the return on investment of PM. They worked with a large client to assess the value of preventive maintenance, including criteria like the equipment costs, repair costs, replacement costs, expected life cycle, the effects of PM on life cycle, and energy consumption. Their findings were published as “Determining the Economic Value of Preventive Maintenance.”

One example highlighted in their findings was a 10-year-old 7HP compressor. This compressor would cost $32,900 to replace, $472/year to PM, $944 for average breakdown repair. With their calculations over a 25-year outlook, the expected savings with a PM program were over $23,000 (outlined below). These additional costs without a PM program come from more regular breakdowns and replacing the compressor twice over the 25-year outlook.

At the portfolio level, the study found an average return of investment of 545% when factoring extended equipment life, energy consumption and repair maintenance.

You may be thinking, “545% ROI seems like a very high return for simple preventative maintenance.” And you’d be right. The results from the JLL study go on to provide context to this finding:
“Consider, however, the cost of just one piece of equipment: a chiller. The average size of the company’s chillers was 350 tons. At $1,000 per ton, chillers would cost an average of $350,000 to replace. Maintaining the chiller costs $5,500 per year, and proper maintenance adds years to the equipment’s life, avoiding the extremely expensive capital outlay needed to replace it. The longer the capital expense can be delayed, the higher the ROI.”

While your operation may not see the same $2 billion value behind a PM program as the JLL client did in this case, you will likely see the same revenue-saving effects.

Your equipment and your facility are typically your largest capital expenditures. These critical assets should be protected. Following the recommended maintenance schedules is an investment to do so. Skipping one filter change may not result in an immediate breakdown, but it will eventually.

If your organization is not emphasizing preventive maintenance, then you are normalizing deviance. Unexpected breakdowns, poor quality and unplanned capital expenditures become the norm, and your bottom line will be affected by it. Imagine instead that you harness preventive maintenance to become less reactive and promote cost savings and a safer, more productive environment for your organization.

Which would you choose?

As an Enterprise Account Executive at Dude Solutions, Daniel Surratt works with manufacturers to reduce waste and downtime by implementing modern maintenance strategies.

5 Cannabis Cultivation Events Coming Up in 2022

2022 is halfway over, but there are still 5 cannabis trade shows you can't miss. Consider attending these events for networking opportunities, to research cannabis solutions and vendors, and to attend educational seminars.

Horticultural LEDs offer an energy conserving option for professional growers who are looking for an efficient and powerful lighting solution for their indoor farms. So what kinds of grow lighting options are available, and what aspects differ between LEDs?

Increase your yield without adding square footage and grow more efficiently by streamlining your operation with mobile grow racks. But don't forget to take your HVAC system into account.

Not all stress is bad. In fact, some types of stress can push cannabis plants to work harder to produce bigger buds. It’s important to understand your limits, however, and to know how to protect your crop from unhealthy stress.

Whether you're upgrading your equipment, replacing a failing system, or preparing a building for cultivation, an MEP retrofit is no small task. You will need the help of experienced engineers and HVAC technology that will best serve your plants. Before embarking on your retrofitting journey, take these considerations into account so that you may choose the best design team for your project.

(WEBINAR) CEA Facility Design From A to Z

Learn from CEA planning and design experts on how you can pre-plan your indoor farm to avoid costly mistakes, choose the right internal systems for your facility, and work efficiently and effectively with architects and MEP professionals.